How much trauma can one person survive and still, in the end, thrive? Julie D. Summers’ debut memoir takes readers on an incredible ride through amazing highs and to the depths of hell, then rams back up to a conclusion of success. Hers is not a misery memoir but a challenging story of one woman’s belief in her abilities to overcome the pits she finds herself in. A teenage rape results in a baby, and she is persuaded to relinquish the boy. Regretting this pushed her into prostitution to try and raise money to find her child. She moved across the country and there, with the help of others, Julie became a thriving antique broker, only to self-destruct and end up in prison. After release, she started over as a large apartment building manager.

Then a phone call changed everything. Her long-lost son had found his mother, and they reunited in a happy attempt to make up for lost years. But, just as life seemed to be finally going her way, her son’s suicide brought another dark storm to her life.

But this time, Julie had established herself in a community that supported her. She began an amazing multi-decade of political and philanthropic work with the unhoused in West Hollywood. Julie persevered through countless trials with a resilience that is a tribute to her strength and commitment to helping others find their way into the light. 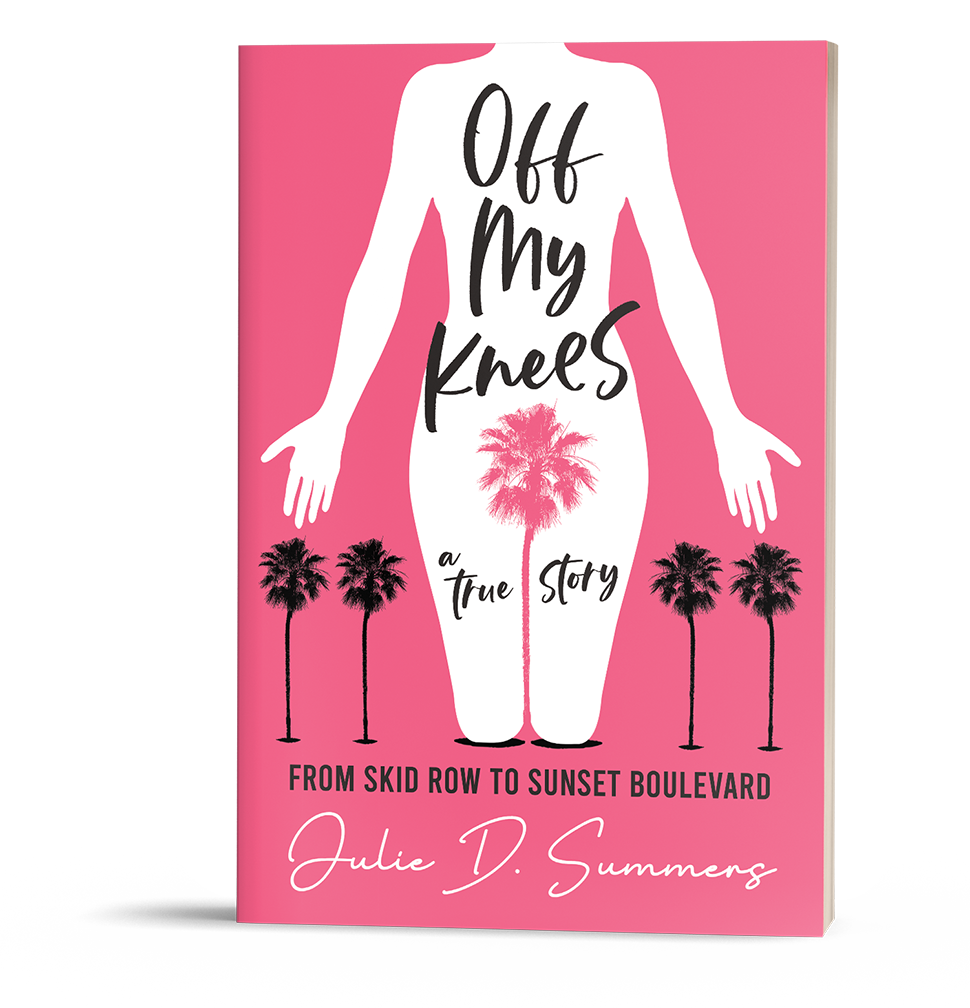 “Julie D. Summer’s Off My Knees is a compelling memoir about overcoming abuse, addiction, and time in prison…(it) is about a confident personal reinvention.”

“This clear-eyed memoir faces addiction, abuse, and incarceration as it reveals a life that finds purpose in helping others.”

“A refreshingly honest and intimate account of a troubled life.”

“…readers seeking motivation to change their lives will find hope and strength in Summers’s powerful story.”

“Off My Knees is captivating and inspirational.”

I wanted to put a sign on my forehead saying: “Be Kind To Me – My Son Just Committed Suicide.” I wondered how many people we meet each day who also want to put a sign on their forehead describing the pain in their hearts.

On July 11, 2007, a coroner called and told me my son, John, had put a shotgun between his legs and used his toes to pull the trigger, blowing his head off. Many years earlier, as a single, unwed mother, I had given him up for adoption, and it had been twelve years since I found him again.

In the years after his birth, I had gone through heavy methamphetamine use and hit rock bottom when I spent time in jail and prison. But life had also been good because I then became the mistress of a wealthy Greek gentleman, businessman, and philanthropist, benefitting not only from his financial generosity but also his emotional wisdom on living life. He made it possible for me to manage an apartment building on one of the most famous corners of the world, Sunset Boulevard, and Crescent Heights. I also began to establish myself in politics and the community of West Hollywood.

After the death of my son, spirituality would enter my world and show me how the pain of early rape and being forced into prostitution had led to my life of addictions. I chose to be independent, overcame my addictions, and not only would I survive, but thrive. Here is how it happened… 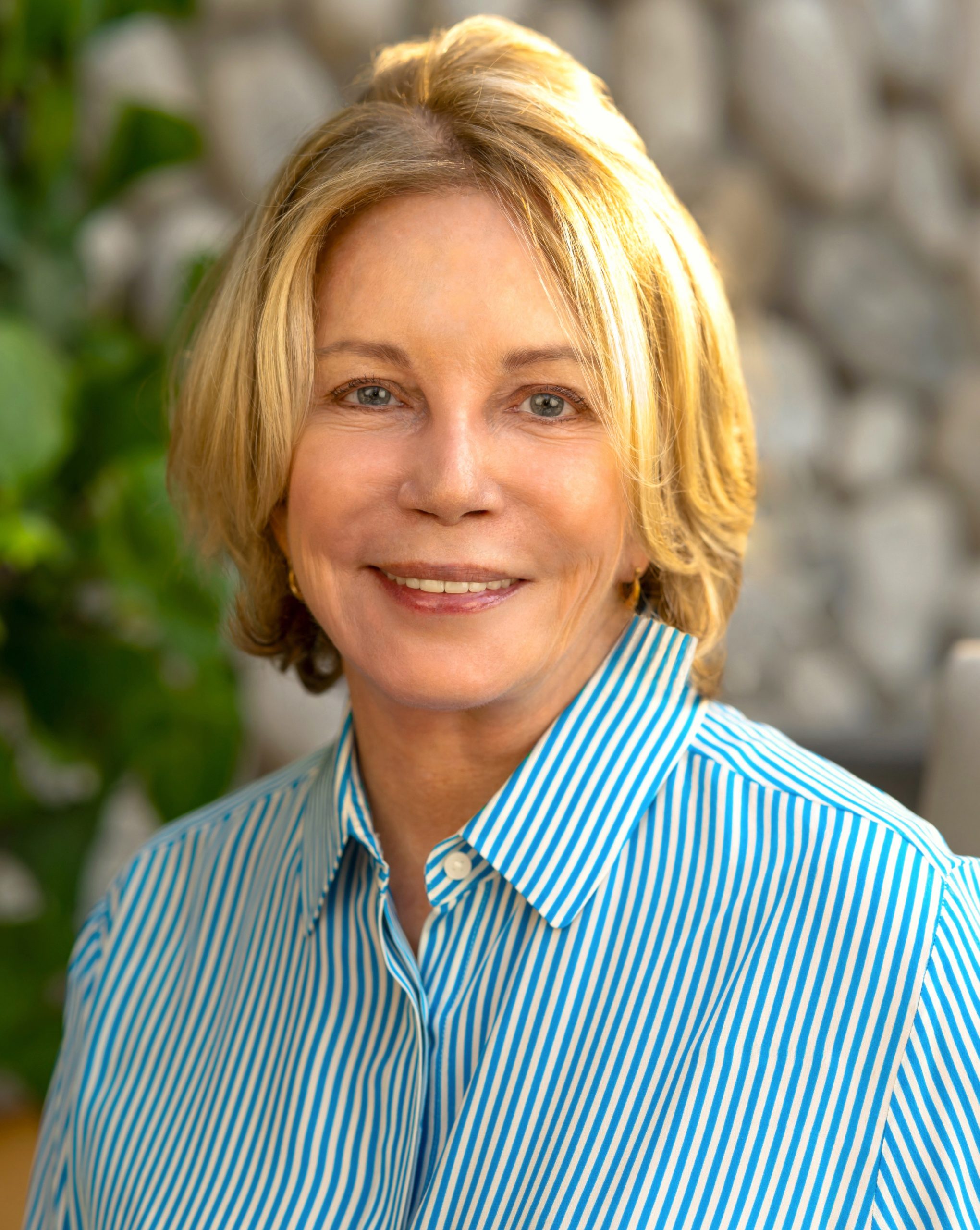 Julie D. Summers currently serves as Co-Secretary on the Governing Board of the non-profit PATH (People Assisting The Homeless) located in California. She was politically active in the West Hollywood community for 24 years when she was managing a twenty-four-unit apartment building. She founded, owned, and operated a licensed customhouse brokerage business. 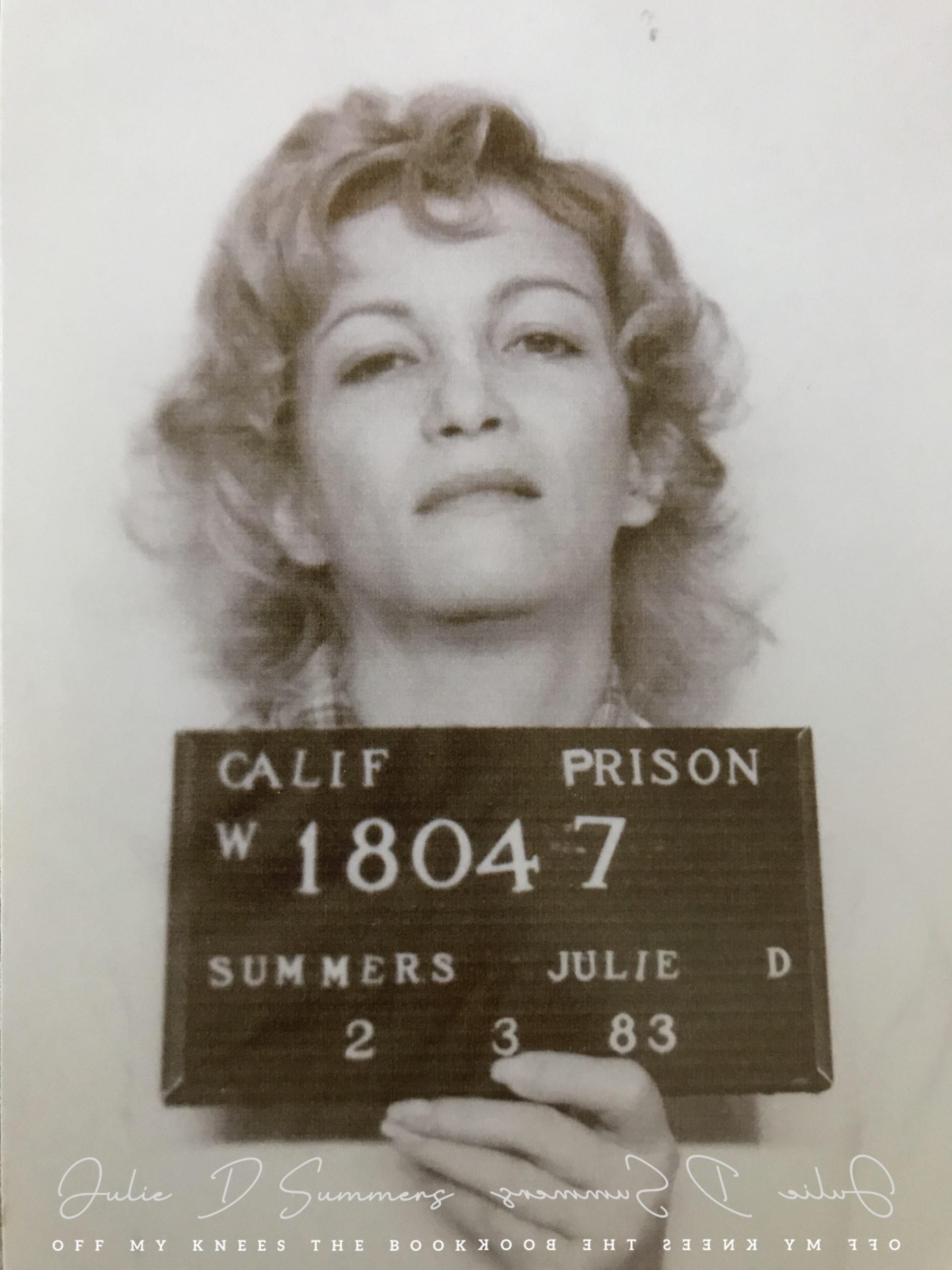